In retail kiosk industry for 9 years, often meet some customers who first opened a shop, throw over a size, let the design scheme, sometimes quite silent!

At this time, we need professional business personnel to guide, such as the type of stores, Unique decoration display kiosk here to do a simple share.

The type of store has been confirmed, combined with the specific size of the site, designers can carry out preliminary graphic planning!

Some time ago, a blog about ineffective social interaction was constantly circulated in QQ and Wechat circles of friends.

“You cut firewood, he herds sheep. You talked with him all day. His sheep are full. Where’s your firewood?” A simple chat, because not cut firewood is defined as ineffective social interaction, a bit too one-sided, too utilitarian!

Just like we do business and customer service, we face many inquiries from customers every day. Some of them tell you directly that he came to understand the market and see the price, but as long as time permits, I will patiently communicate with customers and quote in time. At this point in the quotation, because there is no deal, all communication and time spent during the period are ineffective, but sometimes unexpected gains!

I have a Dubai customer who saw on that we have customized Cartier jewelry counter. For several days at 10 p.m., he asked me about the material and technology of the display cabinet and the corresponding price. After knowing everything, he disappeared. Half a year later, I contacted me voluntarily, and went down three stores in a row, nearly 4 million order.

Is socializing ineffective? We can’t judge by a time point, let alone by whether it is used to measure it or not! Social networking is social, want to go, want to do, as long as it does not affect work, life & health! 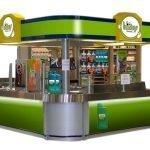 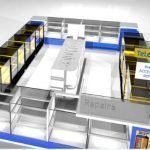